Find out if Experiential Reality is right for you!

So what exactly is Experiential Reality?

This bleeding edge technology advances beyond the audiovisual elements of Virtual Reality and Augmented Reality to activate other sensory responses and minimize the dissonance between the virtual and the user's experience of reality, all without the need to peer through a screen or wear an external device.

Choose from the options below to preview two of the many possible outcomes.

Tentacular is a nonlinear interactive exploration of the agential capacity of media and the potentialities of speculative works, conveyed through a fictional narrative using AR-passthrough with a VR headset. Each pathway functions not as a branch of the story but as a tentacle with the agency to reach out and take hold of the user.

There are several parameters which can be adjusted as the user generates and accepts or rejects each song. Twelve generative compositions were selected and compiled as the original soundtrack, Tentacular AI OST, which is available to listen to on streaming services. Approximately 100 songs were generated to select 12 that were deemed appropriate for the project. The album artwork was also generated based on keyword prompts. 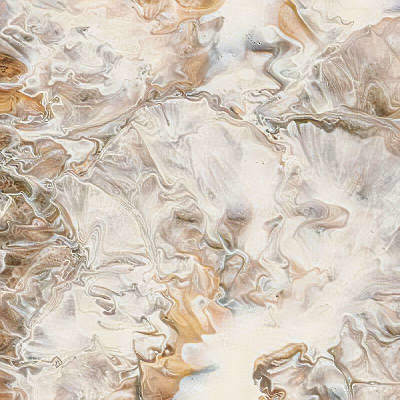 Throughout three weeks of remote rapid prototyping sessions in collaboration with the Canadian Film Centre Media Lab, came the first official prototype in Augmented Reality. CFC mentor Arthur Yeung contributed digital audio distortions which serve as the score for the early prototypes and were a great starting point for continued audio experimentation. Joseph Ellsworth also provided many insights with input and feedback throughout the remote rapid prototyping process, as did all of the CFC Media Lab mentors.

For the first iteration of Tentacular, each scene was developed separately using creative commons 3D objects with very basic interactions and animations and stitched together during editing with audio also added in post-production. While there were several sub-versions of each prototype, the goal was to distinguish version 2 with completely original assets and functional scene navigation, before building out more complexity in the exhibited version 3.